Navigate thru all the sub categories of the website

The Winnipeg River and its tributaries were used by the Indigenous peoples long before European contact, with encampments located in various locations along its banks. 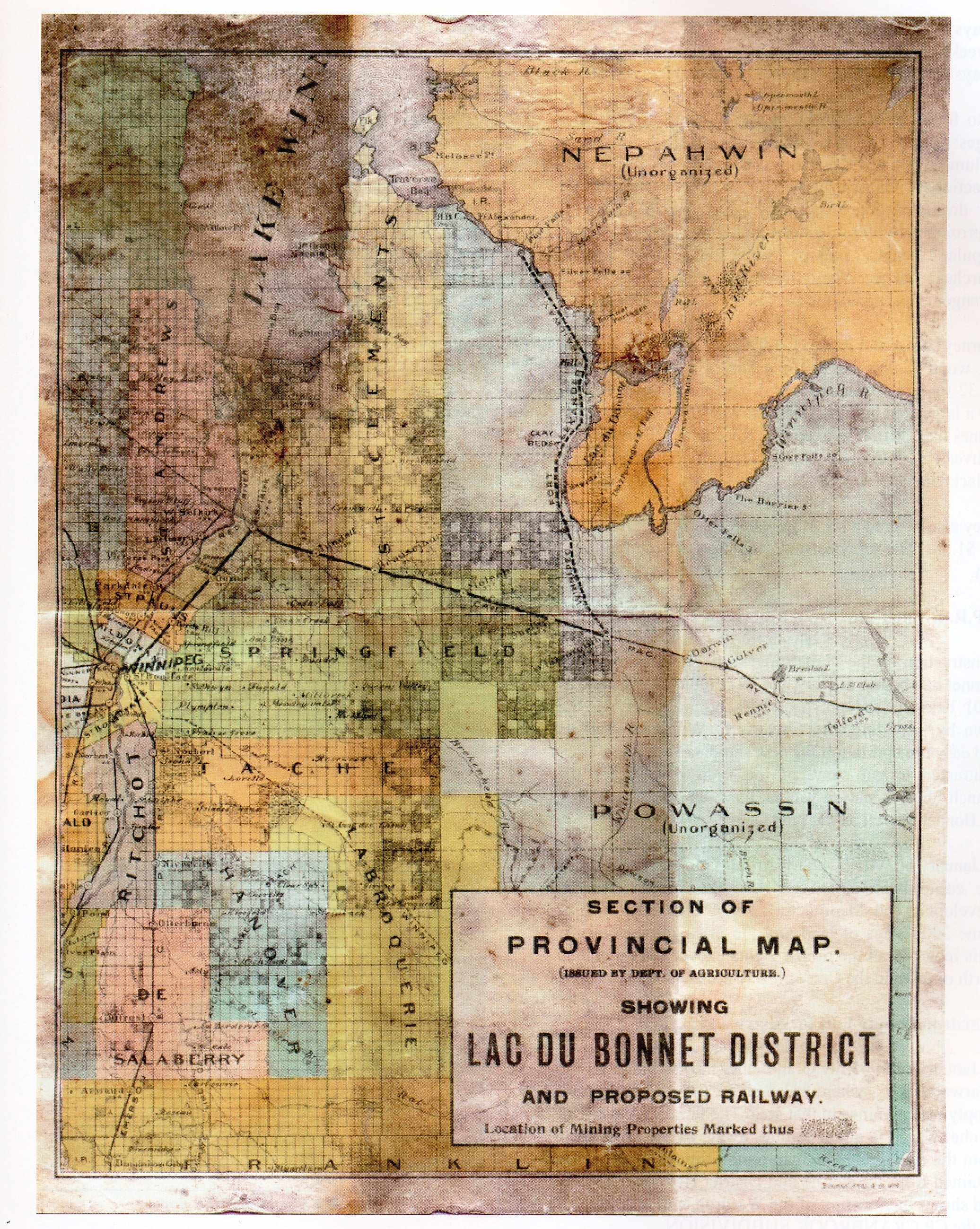 With the fur trade monopoly, the two rival trading companies, North West and Hudson’s Bay, paddled their canoe brigades along the Winnipeg River on their journey to the untamed lands of the West.

A voyageur by the name of Joseph Derouen travelled through the Winnipeg River area around 1760, listing the names Lac du Bonnet and Portage du Bonnet in his itinerary of the trip. Cartographer, Aaron Arrowsmith, became the first to use “Bonnet Lake” on his 1791 map. According to Sir Alexander MacKenzie, who travelled through the area in 1793, the term “bonnet” was originally applied to the portage…“ from a custom the Indians have of crowning stones, laid in a circle…with wreaths of herbage and branches.” (Sources: Place Names in Manitoba, Geographic Board, Dept. of Interior, King’s Printer 1933; Historical Atlas of Manitoba)

Around 1800, a fur trade post called “Indian Cap Fort,” or simply “Cap Fort,” was built by the North West Company near Lac du Bonnet. During the winter of 1807-1808, the Hudson Bay Company sent clerk, Thomas Miller, and ten men to build a post at Lac du Bonnet. These men competed with the nearby North West Company to trade with the local Indigenous peoples. Unfortunately, by this time, beavers were becoming harder to find in the area.  (Sources: Historic Forts & Trading Posts of the French Regime and of the English Fur Trading Companies by Ernest Voorhis, A.M. Phd 1930; 1807-1808 Lac du Bonnet HBC Post Journal, Manitoba Archives)

Trapping seen here circa the 1920s.

In 1815, the conflict between the Selkirk settlers and the North West Company at the Red River settlement reached new levels. Yellow Legs, a Saulteaux Chief from Lac du Bonnet, and thirty-three of his warriors, assisted Chief Peguis as he guided the settlers from the Forks to the basin of Lake Winnipeg to escape the injustice. (Source: Journal of Peter Fiddler, Manitoba Archives)

The North West and Hudson Bay Companies merged in 1821. Nicholas Garry, HBC Deputy Governor, travelled through the area to observe what changes would be required under the amalgamation. Fort Alexander, in operation at the mouth of Lake Winnipeg since 1793, became the preferred trading center in the region. (Sources: Journal of Nicholas Garry; Manitoba Archives)

As the fur trade waned and the railway expanded further West, the Winnipeg River became less frequented for travel. The last canoe brigade to use the Winnipeg River was that of the Wolseley Expeditionary Force sent by the Canadian Government to confront Louis Riel’s rebellion in August 1870.

Due to increasing demands for merchantable timber, fish, fur, minerals, agricultural lands and hydroelectric power during the mid-1890s, interest grew in this untouched wilderness found along the banks of the Winnipeg River. Railways and agricultural settlement were pushing back the boundaries: in the West, the optimal homestead lands had been claimed, opening up new areas previously undesired. In 1897, Winnipeg civil engineer, David Anthony (D.A) Keizer, led a voyage of discovery, surveying which of the Winnipeg River’s numerous rapids to procure for Winnipeg’s growing electricity demands. (Source: Winnipeg Free Press Aug. 17, 1929)

The Lac du Bonnet Mining, Development and Manufacturing Co. was formed for prospecting minerals, gathering patent rights for water power and the transport of such power, and the manufacturing of clay bricks. They would also sell any articles produced by the company to the Winnipeg market. Due to the large number of mining claims staked on the north shore of Lake Lac du Bonnet, as well as along the mouth of the Bird and Lee Rivers, this area became known as “Eureka.” (Sources: Winnipeg Free Press Aug. 17, 1929; J.H. Brownlee’s Section of Provincial Map showing LdB District and proposed railway and mining properties, Dept. of Agriculture 1900; Manitoba Archives)

Walter Wardrop, of Whitemouth, was appointed manager of the LdB MD&M Co. He was put in charge of the delivery and installation of the machinery for the brick-making enterprise, in addition to a saw mill. 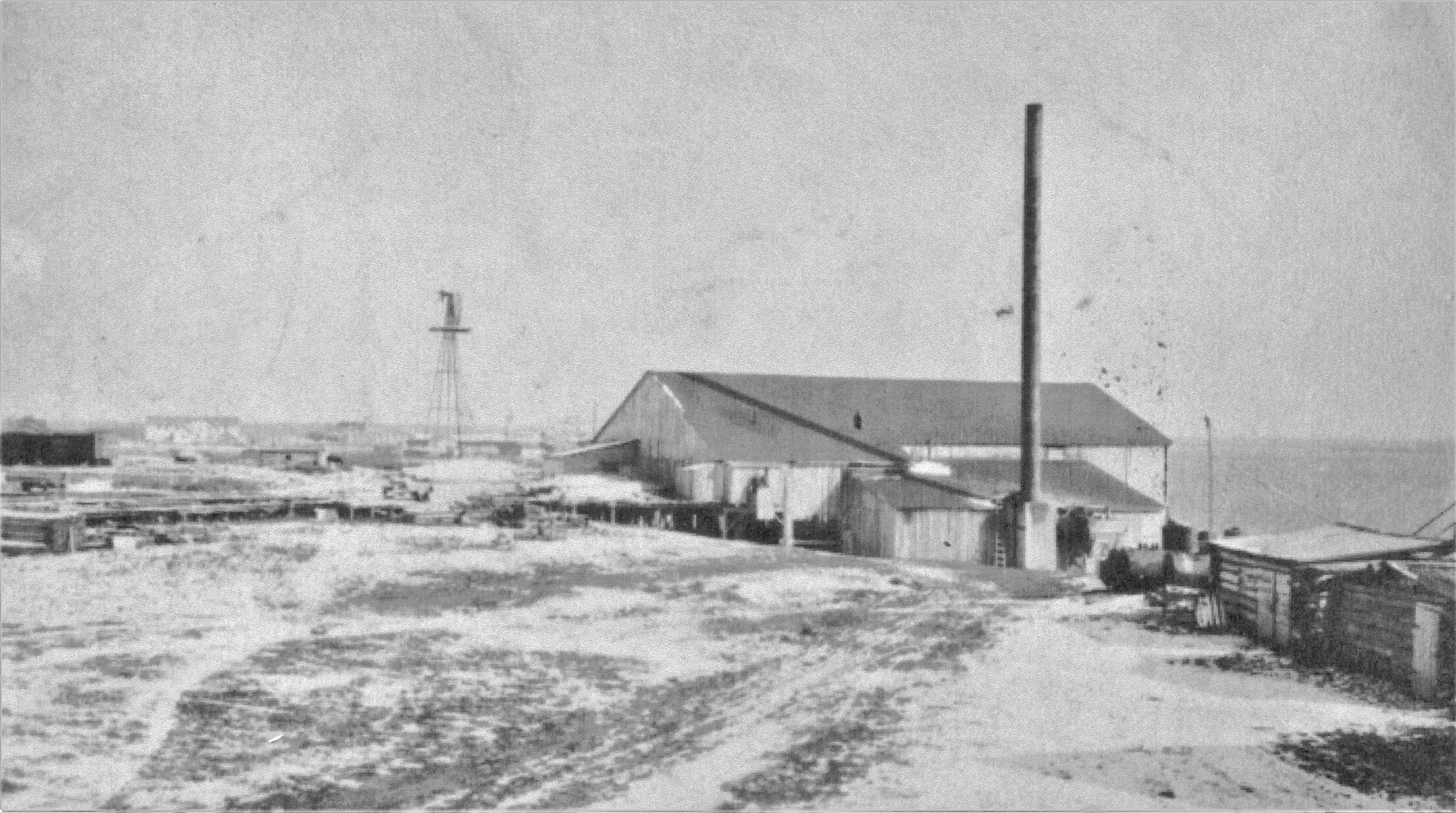 The machinery and supplies came by train to the CPR Siding at Shelley. From there, the materials were loaded onto sleighs and freighted in by teams of horses along the old 1870 Manitoba boundary line to the clay beds at Lac du Bonnet.

In the spring of 1899, work began on the brick plant site with hired men from Whitemouth and Fort Alexander. Numerous buildings were constructed nearby, including a building for the kiln, the manager’s house, a two storey boarding house, store and stables for the horses. It was estimated that 200 men could get steady employment, thus establishing a town in the unorganized district of Powassin and Nepahwin in the Provincial Electoral District of Selkirk. Wardrop applied to the Post Office Department for the settlement to be named “Lac du Bonnet.” On October 1, 1900, Walter Wardrop became the first postmaster of the newly named settlement. (Source: Post Office Archives) 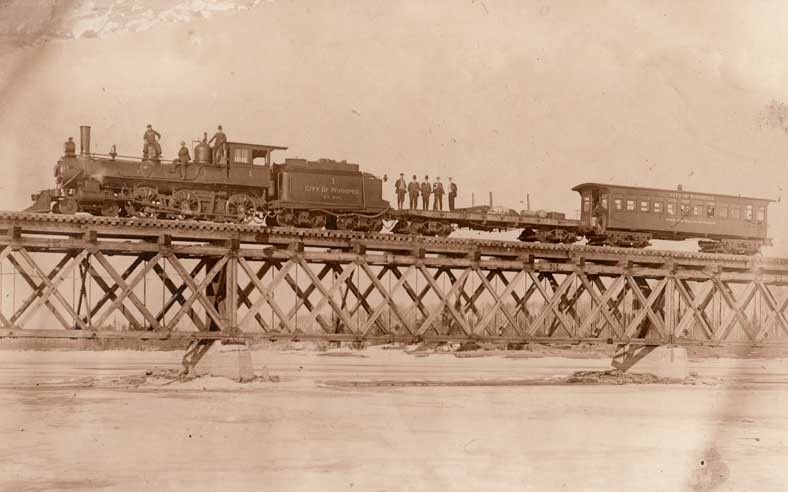 City of Winnipeg Engine #1, seen here on the first Winnipeg River Bridge in 1913.

Considerable work had been done to develop the brick works, but no railway line was set to be built to the area. After much discussion, Sir William Van Horne personally approved the construction of a CPR Branch Line to Lac du Bonnet due to the promise of profit from the LdB MD&M Co. The rail line, built between 1900 and 1901, came from Molson. Among those working on the line was John Duncan (J.D.) McArthur, an experienced railroad contractor and lumber man. (Source: Winnipeg Free Press Aug. 17, 1929)

It soon became clear that the Lac du Bonnet MD&M Co. was in financial trouble. On January 10, 1901, Walter Wardrop resigned his position and would later go on to build a large saw mill in Sparwood, B.C. In 1902, Lac du Bonnet’s first blacksmith, a Finn named Charlie Lean who worked for Wardrop and the LdB MD&M Co., returned to Whitemouth. Seeing an opportunity, J.D. McArthur purchased the company’s stock for an undisclosed sum, taking possession of a surveyed four-street town site, a fully equipped brick plant, 2000 acres of land and massive timber berths. At the time, there was enough brick inventory for McArthur to cover all his liabilities and begin making profits immediately and for many more years to come.

The timing of McArthur’s acquisition was perfect. Construction of Manitoba's year-round, operational Hydro Electric Development on the Winnipeg River began in 1903. It would later become known as the Pinawa Generating Station. McArthur’s quote for 100,000 feet of lumber, masonry forms, shiplap, windows, nails and tar paper for the dam construction were among his early orders. In 1905, the Winnipeg Electric Railway Co. contracted 1,300,000 white bricks and 50,000 pressed bricks from the company. (Source: Winnipeg Electric Railway Company records) 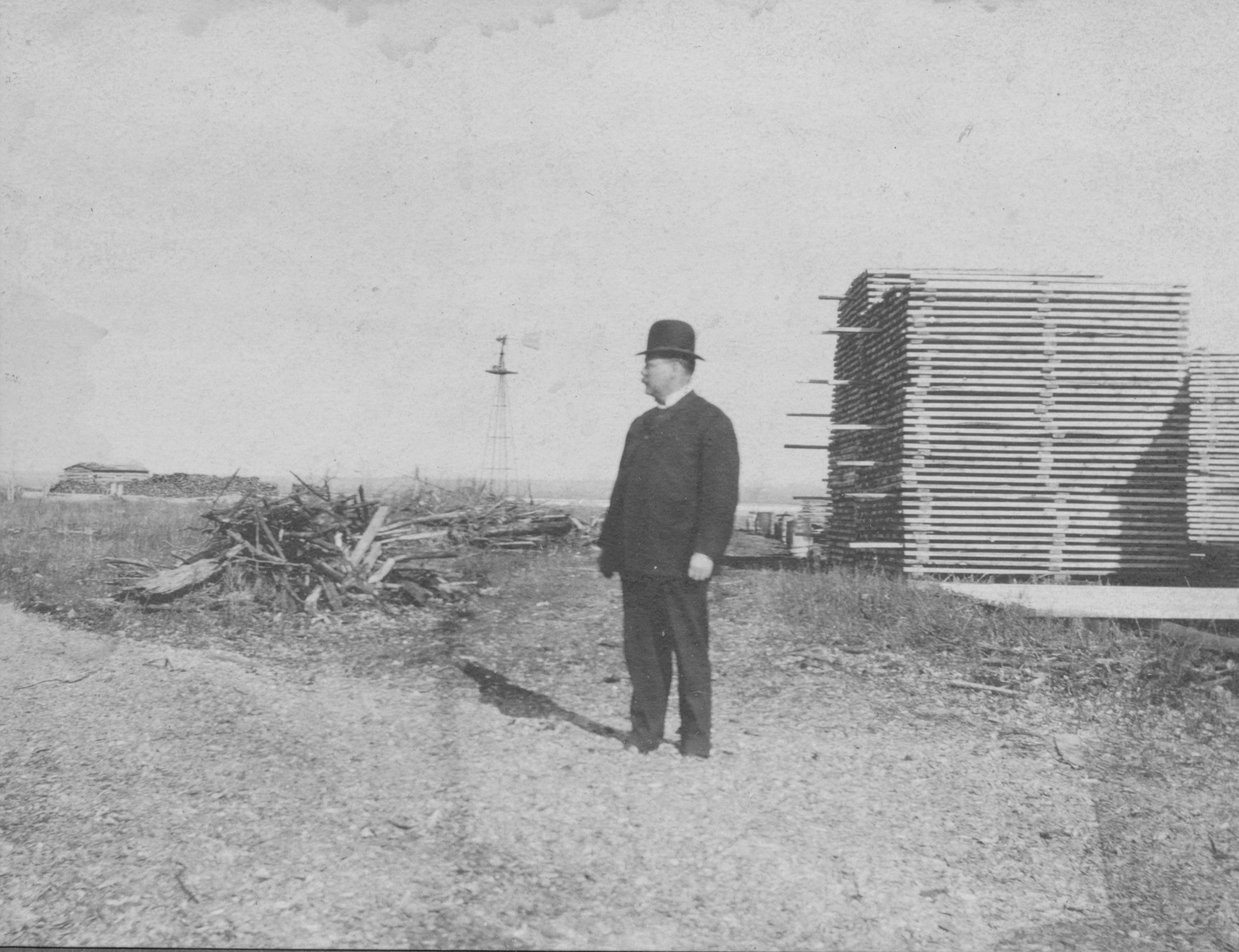 J.D. McArthur in front of Lac du Bonnet Lumber circa 1915.

By 1906, construction on the Pinawa Generating Station and town site were complete. Pinawa became the area’s company town, housing sixty operating staff and their families. The majority of the citizens were of Scandinavian and English decent.

The Riverland district, located on the eastern shore of the Winnipeg River opposite the village of Lac du Bonnet, saw an influx of Swede, Finn, and Norwegian homesteaders.

Swedes also settled in the district of Brookfield south of Lac du Bonnet on the Winnipeg River. In the areas known as Brightstone, Lowland and Red Deer Ukrainian and Polish immigrants began settling the land.

The Pinawa Generating Station on the Pinawa Channel was completed in 1906. It's seen here in 1932.

Lac du Bonnet is renowned for its diverse population.